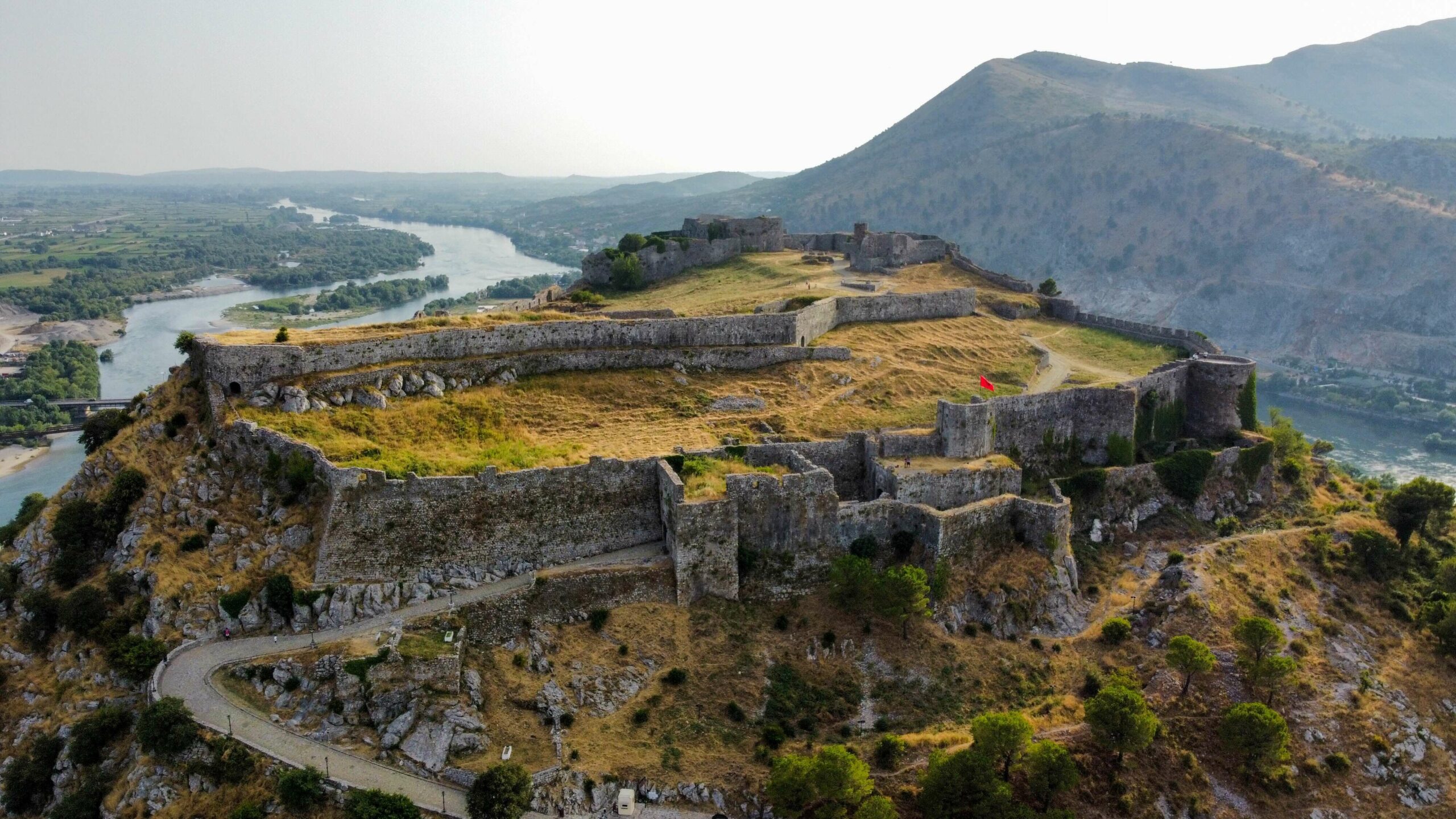 Understanding Albanian wedding traditions and rituals will help you to have the best time possible if you’re invited to the bride and groom’s big day.

Highly steeped in culture and tradition, Albanian weddings hark to time-honored customs that pay homage to the family and the culture.

As part of the European Baltics, Albania has a plethora of different cultures and religions and a fascinating history that you’ll see play out in some of the region’s best traditions and rituals.

Many Albanians are Muslims, but there are plenty of Christians as well. As a result, the wedding rituals and celebrations will differ depending on the religion the bride and groom ascribe to.

There are also non-religious Albanians. Although their weddings won’t have specific religious-based traditions, there are still a lot of customary practices that go along with them.

For example, non-religious Albanians might conduct their vows in a secular place or add or subtract rituals to tailor their weddings to their standards.

Whether you attend a Muslim, Christian, or secular wedding in Albania, it’s important to remember that weddings are joyous but very serious matters, and always approach each aspect of the wedding with proper respect.

1. Prepare for a Week of Festivities

Albanian weddings last for a minimum of three days, so prepare yourself for several days of festivities. It’s polite to attend as many events as you can, so don’t try to do any sightseeing or other things for that whole week. It’s solely for the bride and groom.

Also, be prepared to interact with a ton of different people. Albanian weddings are usually affairs that involve the entire village. You’ll meet many distant relatives and friends and feel like a part of the vast, extended family.

2. There Are Specific Presents

Money is the most essential gift at an Albanian wedding, but there are other customary gifts and presents that you might see. For example, the groom usually gives the bride almonds and a gold coin to symbolize his love and fidelity.

Guests won’t need to provide the groom or bride with gold, but you could bring candy or almonds to one of the other celebrations as a small gift.

3. There Are a Lot of Tears

There is a lot of waterworks at Albanian weddings. Although they’re tears of joy, the amount of crying that happens can be a little bit surprising, especially if you’re not prepared for it. Brides cry a lot at their weddings, as do their families.

4. Poppies Will Be Present

Poppies are usually front and center at Albanian weddings, although you might see other types of flowers as well.

Generally speaking, a young male member of the groom’s side will give poppies to the bride. Since poppies are Albania’s national flower, this gesture is both a symbol of unity and a sign of national pride and respect.

5. The Honeymoon Starts Right Away

6. There Will Be Guns

Don’t be alarmed if you hear a lot of gunfire. Shooting guns is one of the most essential Albanian wedding traditions and rituals and generally signifies that the bride is coming. You’ll hear gunfire when the bride gets to the groom’s house and sometimes at other points during the ceremony.

All of this is perfectly safe and traditional, but it can be a little bit scary for those who aren’t expecting it.

7. Traditional Dancing Is the Norm

Albanian weddings have a lot of traditional dancing. The most essential dance involves tons of money, and guests are expected to shower the bride and groom with banknotes as they dance.

Generally, guests will participate in these traditional dances too. Although there will be plenty of money on the ground, don’t pick it up. It’s all for the bride and groom.

The groom has another traditional dance. An officiator will light a white cotton handkerchief on fire that must burn throughout the dance. It’s a symbol of the bride and groom’s union and is primarily related to the groom taking care of the bride.

The krushqit is another traditional dance that focuses on getting the bride and groom to their ceremony. It’s a substantial public dance with plenty of cars, singing, and dancing. Expect local people to join in on the fun. These dances are also great opportunities for Albanians to express their national pride, so you may see many flags.

Dowries are not uncommon and refer to the custom whereby the groom’s family pays the bride’s family a sum of money for their daughter’s hand in marriage. Sometimes actual money is exchanged, but these days, it’s less about the cash and more about the gifts.

The groom’s family will gift the bride’s family clothing, home goods, or fabrics. The idea is to give the bride plenty of things to start her new life with. In western culture, we would see this custom as being akin to a bridal shower.

9. The Bride and Mother-to-Be Eat Sweets Together

Food is a very common feature at Albanian weddings, but one of the sweetest customs has to involve the bride and mother-to-be. These two women have a meal of bread and honey to signify the beginning of a gentle and nurturing bond.

There are two aspects of the ritual. The first is that the act of breaking bread together brings a new level of intimacy to the relationship.

The second is the honey itself, which signifies the importance of being sweet and kind to one another. Unlike many other Albanian wedding traditions and rituals, this one involves simple food and just two people.

Money plays a central role in Albanian wedding traditions and rituals. Guests shower brides and grooms with money during special dances, and envelopes full of cash are standard wedding gifts.

However, one of the most unique money traditions is also a fertility tradition, and you will probably never see anything else like it in your life.

The bride puts money into her sandals on her wedding day. As she walks into the groom’s home, she finds one of his young male relatives waiting to help her take off the shoes. Inevitably, he’ll discover the money in her sandals and then sit on her lap so that she can have male children.

It’s normal to have many questions about wedding etiquette, especially if you’re not Albanian. First and foremost, being invited to an Albanian wedding is a tremendous honor. It shows that you’re essential to the family, and they want you there on the big day. As such, you should be very careful to show respect and love for the bride and groom and their families.

How do I show gratitude to the bride and groom?

One of the best ways to show gratitude to the bride and groom is also one of the easiest; simply enjoy yourself to the fullest while you’re at the wedding. Enthusiastically participate in all aspects of the wedding, eat all the food you can, and visibly show that you’re having the time of your life.

You should also make sure that you pay appropriate respect to the elders. In Albanian culture, elders are significant people who demand proper reverence. Never argue with the elders at an Albanian wedding, even if you think that you’re in the right. Instead, make sure you congratulate the bride and groom’s parents upon attending the festivities.

The best way to show the bride and groom that you value them also happens to be one of the simplest; cold hard cash. Albanians congratulate newly married couples with cards and money. So bring a little bit of extra cash to toss at the bride and groom during their couple dance. You can never bring enough money to an Albanian wedding.

How many days should I set aside for the wedding?

Although attending an Albanian wedding is a big commitment, it’s also a massive honor. If you’re attending the wedding from out of town and want to sightsee, plan to stay a few extra days after the wedding to do everything you want.

What should I bring to an Albanian wedding?

Bring your appetite, a good sense of humor, your dancing shoes, and money. Albanian weddings are enormous, riotous, joyful affairs, and you’ll need all of the energy you can muster to enjoy yourself at them thoroughly.

Although the celebrations will vary from area to area, these Albanian wedding traditions and rituals are most standard across the board. 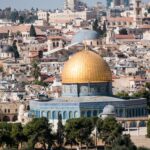 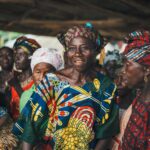 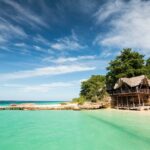