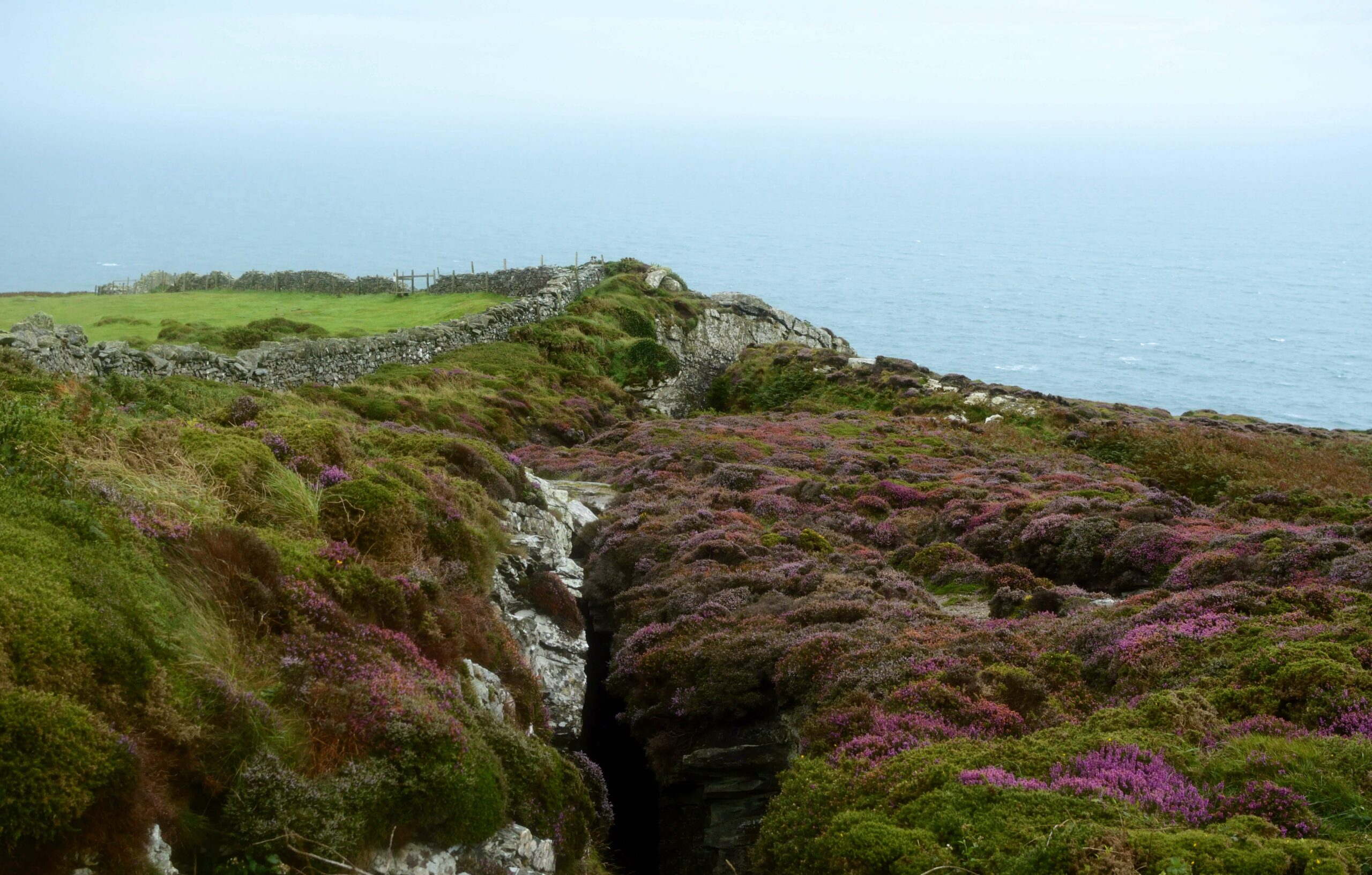 The Celtic people have had a presence on the European continent since ancient times. Today, Celtic refers to places where people still speak variants of that ancient language. These areas include Brittany, Cornwall, Ireland, the Isle of Man, Wales, and Scotland. Many Celtic diaspora and descendants populate countries around the world.

Couples often incorporate Celtic wedding traditions and rituals into wedding ceremonies around the globe for several reasons. Some want to celebrate their heritage, while others enjoy the customs for other reasons.

Let’s look at some of the most exciting practices from Celtic weddings and how they are still a part of wedding ceremonies today!

What Is Celtic Tradition?

Unfortunately, there is very limited information about the ancient Celts. We look to modern Celtic cultures for hints of the ancient traditions that historic Celts practiced.

These Celtic wedding traditions and rituals come from a variety of places. Some are common in Celtic language-speaking regions, as former generations have taught them to their descendants, while other rituals represent modern interpretations of ancient customs.

As they walk to the reception, a chorus of dramatic bagpiping will accompany the newly married couple. The piper’s music kept evil spirits from interrupting the pair and bestowing bad luck on them.

However, this Celtic, and specifically Scottish, ritual isn’t complete until the piper receives his payment. Traditionally, a bride and groom paid the piper with a dram of whiskey, but modern couples will probably need to pay with cash to hear bagpipes at their wedding.

For many weddings today, the ceremony takes place at a different location than the reception. Traveling from one spot to another with a piper in tow might not be a logistic choice. Instead of following this tradition to the letter, many couples opt for Celtic music at the reception rather than having the piper follow them from the ceremony to the reception.

While pipes and harps are some instruments most commonly associated with Celtic music, many percussion and string instruments also exist in Celtic folk music. There are numerous options for traditional instrumentation, especially considering modern hybrids of the classic sound.

Many couples have adopted the tradition of besom jumping, especially those practicing Pagan faiths. This is a recreation of what is most likely a pre-Christian ritual. A besom, or broom, represents the household, and jumping over it shows the creation of a new home.

There are some negative connotations with the broom jumping tradition. At specific points in history, it became synonymous with a sham wedding. Historically, however, many cultures have made this practice a part of their marriage ceremonies. Today the ritual means good luck.

People acquainted with the tradition from the United States know that “jumping the broom” was a common practice among enslaved Africans who did not have the right to legal marriage. Some assume the tradition stems from European heritage, but this ritual can be traced to Africa too.

As with many other cultures, the broom plays a significant role as a symbol of a clean slate. The broom sweeps away ill feelings or past challenges for a fresh start. In Ghana, guests wave brooms over the wedded couple to chase off evil spirits. The Celts are simply following a common worldwide tradition.

Incorporating Celtic symbols into decor and dress has become a popular expression of heritage at many weddings. Though the origin of these emblems pre-date Christianity, many people have adopted and adapted them for use in the religion.

Three of the most recognizable symbols are the Trinity Knot, the Celtic Cross, and the Celtic Knot. The Trinity Knot represents eternity and eternal love and the Holy Trinity of Christianity. This knot is a popular choice for bridal attire, but dresses aren’t the only way to use these symbols. These are some favorite ways to integrate Celtic symbols into weddings:

The Claddagh ring, a traditional Irish ring, represents love, loyalty, and friendship. The way a person wears this ring shows their marital status. A ring worn on the right hand means that the wearer was single. A Claddagh ring on the left hand indicates marriage or engagement.

The ring’s design shows two hands holding a crowned heart. There are many folk legends about the origin of the piece of jewelry. The art may have been an emblem for the village of Claddagh.

If you are in a committed relationship but not engaged or married, you should wear the ring on your right hand with the tip of the heart pointed towards you. That shows that someone has your heart and you are keeping it close to protect that person. If you are looking for a match, wear the ring with the tip of the heart pointed out to show that your heart is open.

The exact symbolism of the ring is also unclear. Many consider the hands, heart, and crown representative of Christianity’s Holy Trinity. Others believe these same symbols are icons of older gods. Today, Claddagh rings usually are said to depict the love and loyalty that joins two people.

The term “tying the knot” comes from the ceremony of handfasting. The joining of hands represented an agreement between two people. This rite was a common practice for betrothals but became part of the Scottish wedding ceremony in medieval times.

While handfasting may have started as a simple handshake, people now complete the custom by using two cloths to tie the hands of the couple together. Many couples keep the knots from their weddings for sentimental reasons. Others have their knots untied as a part of the ceremony to represent the commitment to stay together by choice.

For some, handfasting ceremonies represent pre-Christian weddings, but this might not be historically accurate. Despite this, neopaganism often adopts the ritual for use in their ceremonies. Though this movement has helped popularize handfasting in modern times, many different groups use this practice.

Traditionally, brides carried a handkerchief on their wedding day. In most cases, these were handmade by friends and family of the couple. The embroidery often depicted Celtic symbols of luck and love. For this reason, Celts called them magic hankies.

Today, many people also adopt this tradition. The handkerchief is a symbol of good luck and better times ahead. Many people who choose to carry a magic hanky sew the handkerchief into a bonnet for their children when they are born.

Family members pass down handkerchiefs as well, adding new embroidery. One of the most common additions is the couples’ initials and marriage dates. As these magic hankies change hands, they become a capsule of family history.

A tall stone in Ireland marks where pagan groups supposedly participated in wedding ceremonies. The large rock, called Cloch na Gealluna, contains a hole that couples would reach through and clasp their hands together. This ritual brought luck to the newlyweds.

Some believe this stone is just one of many stones where ancient Celts made marriage vows. While its use in traditional marriage is debatable, there are records of Celtic people using stones like this to make oaths.

Regardless of its shaky historical basis, taking oaths over a wedding stone has become a popular rite at Celtic weddings. The stone has two representations that make it such a sentimental choice. These rocks represent permanence and foundation, which makes them a powerful symbol at weddings.

At Scottish weddings, a toast starts at the ceremony. The guests then serve a small amount, or a dram, of whiskey to the married couple, which seals and concludes the wedding. At some ceremonies, close family and friends also drink from the cup.

The whiskey is served from a unique vessel called a Quaich, a shallow cup with two handles. In modern Scottish tradition, these dishes are usually pewter or silver. However, there are also many wooden examples, especially in modern times when precious metals are rare and expensive.

One of the suspected reasons for the two-handed drinking cup is a show of trust. Historically, weddings united different clans that might be negotiating peace through marriage. Using both hands to drink meant the drinker was unarmed and vulnerable but trusted the group enough to let their guard down.

Whiskey isn’t always the drink of choice. Some couples share other drinks after their nuptials, like tea or beer. Many modern couples use their favorite Scottish whiskey, but just like incorporating Celtic traditions into your wedding, the possibilities are endless. 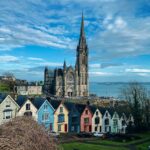 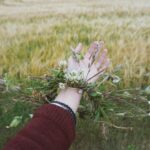 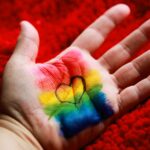