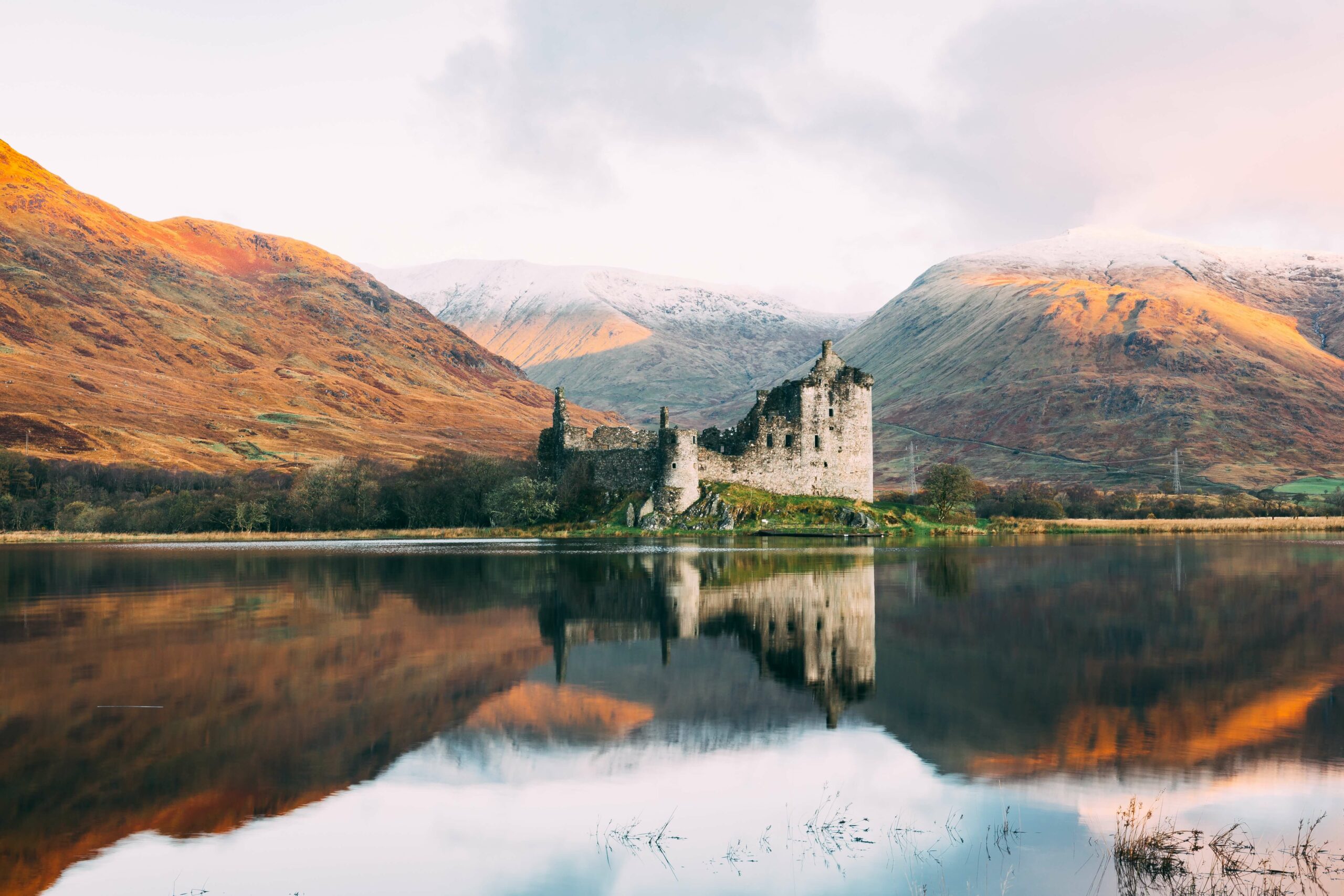 If you’ve been invited to a traditional Scottish wedding, you’re in luck.

Scottish weddings are infused with rich cultural traditions and are a treat to attend.

Traditions and rituals range from romantic to fun and quirky.

Read on to learn more about what to expect. (Hint, it involves more than just men wearing kilts.)

Scotland is well known for its dramatic and romantic landscapes, making it an ideal destination for weddings. Beyond the stunning scenery, let’s talk about clothes.

You may hear the phrase “wedding sark” and wonder what that means.

Wedding sark refers to an exchange of gifts between the bride and groom. This typically involves wedding attire.

Several good luck charms or customs within Scottish culture are interesting to learn.

One such custom is the right foot forward. It’s said that brides leaving their home for the wedding should leave their home by taking a step with their right foot first.

This custom is thought to bring good fortune to the marriage.

If you’re unfamiliar with Scottish culture, chances are you have no idea what a “Speerin” means.

This custom refers to the groom ultimately impressing the bride’s father and gaining permission to marry his daughter.

While it’s customary in many cultures for the groom to ask the bride’s father, the Scots take it a step further.

Typically Speerin refers to a set of complex tasks and challenges. The bride’s father decides on these tasks. Once the hurdles and trials are completed, permission is granted.

4. Sixpence in the Bride’s Shoe

A sixpence hidden in the bride’s shoe is another Scottish custom thought to bring good luck. Where did this custom originate?

It’s thought the origin may lie in the old familiar rhyme, “Something old, something new, something borrowed, something blue, and a sixpence in her shoe.”

It’s thought that putting the coin in the shoe will bring financial success to the new couple.

If you’re attending a Scottish wedding, prepare for something called “The Wedding Walk.” This traditional Scottish custom has multiple parts.

The wedding walk’s first part involves the party formally walking over to the church as a group.

Who leads the wedding party?

After the ceremony concludes, the second part of the Wedding Walk takes place. The bride and groom leave the church together, followed by the maid of honor and the best man.

To add an extra boost of good luck, it’s said the newlyweds should cross running water twice before departing the wedding venue.

While admiring the gorgeous bride’s bouquet, you may notice a sprig of greenery with tiny, white buds.

This is a purposeful piece incorporated into many traditional Scottish weddings. White Heather is found throughout Scotland, especially in the borderlands.

As you’re starting to discover, the Scots love a good luck charm.

White Heather is traditionally infused in a bride’s bouquet as a token of good luck for the marriage.

Between forking over the cash for his bride’s wedding dress (remember the Wedding Sark tradition) and completing daunting tests as part of the Speerin, you may think that’s all that’s in store for the Scottish groom. Think again.

This ancient tradition consists of the groom carrying a large basket ( a creel) of large, heavy stones around his village.

He’s to lug around this large burden until his bride-to-be comes from her house and bestows a kiss upon him.

As a guest, it’s fun to see how modern weddings incorporate ancient traditions into the wedding day.

While this custom technically happens the night before the wedding, it’s worth mentioning. Traditionally, the groom is captured by his groomsmen.

He is stripped and covered with soot, feathers, treacle, and flour.

Then, he is paraded through the village while his groomsmen draw as much attention to the spectacle as possible.

If you like a rowdy, raucous tradition, see if a Blackening is planned to take place.

You may be familiar with guests throwing rice or lighting the getaway path with sparklers, but in Scotland, there is what is known as the Wedding Scramble.

As the newlyweds get into their car, the bride’s father is supposed to throw coins up in the air.

Children typically gather and make a mad dash to collect the coins.

10. The Scottish Quaich (The Loving Cup)

A much-loved tradition, the Scottish Quaich is a staple at most traditional weddings.

Once the wedding ceremony is over, the Scottish Quaich (sometimes referred to as the Loving Cup) is filled with whisky.

The cup (or bowl) is traditionally a two-handled object first passed to the bride. It is then passed around the entire wedding party in celebration.

To learn more about this uniquely Scottish tradition, read about it here.

Perfect for frugal couples or those needing to save money, a Penny Wedding is a celebration where guests bring food.

If you’re a guest invited to a Penny Wedding, you may be expected to come with food to share.

This creates a warm, community-driven potluck and allows the couple-to-be to splurge on a fancy cake.

No Scottish wedding is complete without the Lang Reel. This dance begins with everyone dancing and having a merry time.

The idea is that the groom and the bride are the last ones on the dance floor, and this is typically when the first dance takes place.

This is helpful information to know as a guest. Don’t be the guy who won’t leave the dance floor.

This tradition began in the northeast corners of Scotland. Traditionally, the dance would carry throughout the entire village.

As guests would pass their home, they’d “reel” off until only the bride and groom were left to have a romantic, private dance alone.

Speaking of dances that take place during traditional Scottish weddings, I’d be remiss not to mention the Traditional Grand March.

As the reception festivities begin, keep an eye out for this dance. Typically it is the first dance to kick off the rest of the night.

You may hear bagpipes or bands begin playing as the newlyweds march to the beat. Then, the maid of honor and best man are invited to join in.

Next, both the bride and groom’s parents join in. Last but not least, the guests are invited to participate in the dance.

Consider an old tradition of clocks and tea sets as a gift if you’re wondering what to get the bride and groom as a wedding present.

This tradition is especially relevant if you are the best man or the maid of honor.

Traditionally, the best man got the couple a clock, and the maid of honor gifted them a tea set.

However, the modern couple would likely appreciate you sticking to their wedding registry.

15. Washing of the Bride’s Feet

Washing the bride’s feet is an ancient custom most popular in the region of Fife.

At some point during the wedding day, an older married woman washes the bride’s feet as she sits on a stool.

Less common practice from the same area applies to the groom, although his feet are bathed in grease and ash.

If you’re a guest at a traditional Scottish wedding, keep an eye out for a Luckenbooth.

What’s a Luckenbooth, you ask?

A Luckenbooth is a brooch, traditionally made of silver and depicting two hearts. It’s viewed as a symbol of love and is given to the bride to wear by the groom.

While there are seemingly endless possibilities in Scotland for a memorable wedding, many young couples opt for the Gretna Green Blacksmith Shop as their wedding venue.

Why do so many people choose a blacksmith’s shop for their wedding?

The site is steeped in romantic history.

These lenient laws enticed many couples seeking to elope to come to the Gretna Green Blacksmith Shop near the border.

Known throughout the English-speaking world as synonymous with getting married, have you ever wondered where this phrase originated?

You might be surprised to learn that it came from Scotland.

Tying the knot dates back to medieval times when couples tied a knot during their wedding ceremony.

Traditionally it involved tying their respective clan’s tartan, but anything that you can tie or use.

In modern Scottish weddings, couples present the objects to be tied and are instructed by the person conducting the wedding on how to tie their knot.

Many couples go on to frame or display the tied knot in their home.

It is viewed as a symbol of their commitment and love for one another. 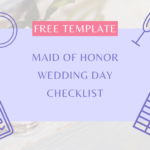 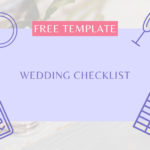