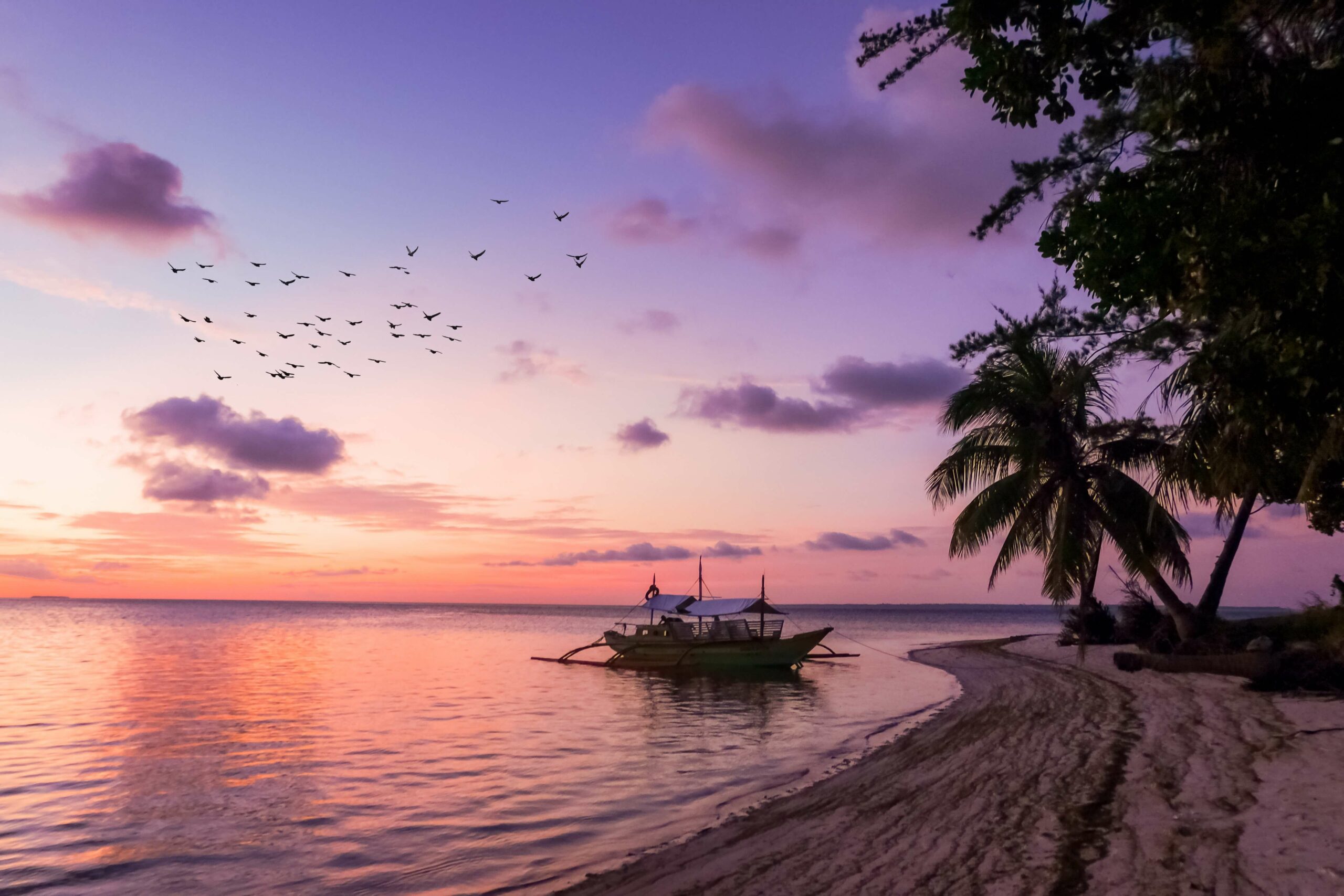 They say it’s more fun in the Philippines, and that includes weddings.

The Philippines has a vibrant culture, in part due to the melting pot of people who have found a home there.

Nowhere is this dynamic mixing of culture more apparent than in weddings, considered the ultimate celebration of love and family.

Traditional courtship in the Philippines is more formal than you might expect. It’s customary that men first woo their would-be mate with “Harana” or serenading.

After a couple is more committed to each other, the man is expected to appear in front of the parents of his future bride to ask for her hand.

It is only after their approval that he can officially propose, and wedding preparations can begin.

Filipinos are family-oriented people, and couples are expected and encouraged to make family a vital part of the ceremony.

Traditionally, the parents were a significant part of the ceremony because society expected they would help the couple pay for the wedding. The parents of the bride and groom would have meetings to discuss finances, which would be secret so as not to appear ostentatious.

However, it’s now more common for the couple to pay for most of the wedding alone, making this practice obsolete. But it’s still vital that couples get their parents’ blessing on their wedding day as a sign of respect.

It assures that their parents will always be part of the couple’s life, even after they start their married life together.

Filipino brides typically wear a white dress and veil on their wedding day. Traditionally, many Filipino women would opt for a traditional dress called Filipiniana or Traje de Mestiza.

These gowns date back to the Spanish colonial days and are usually made out of pineapple fiber cloth. However, these days many women go for a more modern look with traces of the modest Filipiniana elements.

Filipino grooms opt for a traditional garment called the Barong Tagalog. This transparent garment is also traditionally made from pineapple fiber cloth, which makes sense considering that pineapples are a significant crop in the Philippines.

Barongs are still worn to this day, not only by the groom, but as formal attire for all male visitors. Although, to foreigners, it might seem strangely casual at a wedding, the Barong is worn untucked.

Before Spanish colonization, Filipinos performed their traditional folk weddings outdoors with the entire community as witnesses.

However, after Spanish rule, Catholicism became the major religion in the country. The Philippines is home to some beautiful Catholic cathedrals, many still standing from those Spanish colonial days.

With around 80% of the country retaining its Roman Catholic identity, most couples choose to wed in historic chapels that provide a beautiful backdrop for wedding photos.

It’s traditional for Filipino couples to appoint special sponsors that will aid with the wedding. Primary sponsors stand in as witnesses that will sign the marriage contract.

It’s also common for all sponsors to offer financial assistance to the bride and groom for the wedding.

The first major ceremony that takes place during a Filipino Catholic wedding is the pinning of the veil. The assigned veil sponsors pin one end of a large white veil on the bride’s shoulder and the other on the groom’s shoulder.

This veiling symbolizes their unity before God as they start their married life together as one.

The cord ceremony is one of the most iconic Filipino wedding traditions. After the veil ceremony, the cord sponsors drape a special wedding cord, called the Yugal, over the shoulders of the couple.

This unique cord is usually made from silk, although more devout Catholic couples might opt for an oversized rosary.

The sponsors drape and tie the Yugal over the couple in the shape of an infinity symbol, encircling the bride and groom and crossing in the middle. This symbol represents “everlasting fidelity” in their marriage.

The priest also blesses the couple at this time, making this a special part of the ceremony.

The assigned coin sponsors carry 13 golden coins, called Arras, to the altar in a special box prepared specifically for the couple. The priest blesses the Arras before the groom gives them to the bride as a gift.

Traditionally they represented the groom’s commitment to take responsibility for the welfare of his wife and future children. However, these days it’s more of a mutual agreement to support one another since traditional gender roles are becoming more antiquated.

At the beginning of the wedding ceremony, candle sponsors light a pair of candles near the wedding altar. These candles represent the presence of God in the lives of the bride and groom.

After exchanging vows, the bride and groom will then light a single unity candle and blow out their candles, symbolizing the start of their new life as one entity.

If this lighting of candles to represent two becoming one sounds familiar, it’s because it is a common tradition that is shared across cultures.

10. Wedding Reception Traditions in the Philippines

Most cultures finish off wedding ceremonies with a night of celebration, and it’s no different in the Philippines.

In the Philippines, food is life! The Filipino wedding reception isn’t complete without lechon, a whole roasted pig that everyone gets to enjoy together.

Besides the lechon, it is also common to see an array of desserts, from the typical wedding cake to traditional rice sweets called kakanin.

But the food you’ll see at a wedding will vary widely by tradition. For example, at Filipino-Chinese weddings, you’ll probably find shark’s fin soup and noodles in addition to the traditional roasted pig

If you’re lucky enough to have a chance to attend a Filipino wedding reception, you’ll get to see for yourself the important role that food plays in Filipino celebrations.

One common Filipino practice that you’re unlikely to find anywhere else is the money dance. At some point in the night, the DJ will call everyone to the dance floor to grab a pin and wait in line for a dance with the bride and groom.

Guests will then pin money onto the attire of the couple as an act of goodwill and to bring them good fortune. The couple can use the money they make during the dance to start their new life together.

One tradition that you might see at a Filipino wedding ceremony is the release of doves. The bride and groom will release a pair of white doves, one male and one female, to symbolize peace in their marriage.

It’s not uncommon for there to be performances during a Filipino wedding reception. Sometimes a couple will choose to incorporate traditional Filipino folk dancing into the program to honor their heritage.

One of the most well-known Filipino folk dances is the Tinikling, where performers quickly weave in and out of bamboo poles that are tapped against the ground. This dance imitates courting birds flying amongst tree branches.

In modern times, brides and grooms follow some of the typical Western traditions. Filipino couples will cut the cake and have a first dance, which are traditions that have become mainstream worldwide.

It’s also typical for a Filipino bride to toss her bouquet while the groom tosses the garter. In the Philippines, the bouquet and garter toss can be an opportunity for a courting couple to become public in their love for one another.

While superstitions regarding weddings are commonplace across cultures, Filipinos have some local superstitions that make them stand out.

One of these superstitions says that if one of the candles goes out during the wedding ceremony, that person will die before the other.

Also, while most people would probably hope for sunny weather on their wedding day, in the Philippines rain during the wedding day is considered a symbol of good luck and prosperity.

Finally, the raucous activity of the wedding reception isn’t just because people are having a good time. Filipinos believe that the loud noise of clinking glasses during the toasts drives away evil spirits that might try to ruin the couples’ big day. 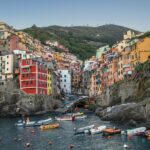 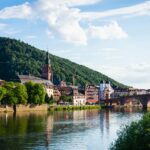