Korean culture is intricate and rich with traditions that date back thousands of years. Korean weddings are no different. Western practices have spread to Korea, but Korean weddings still feature many traditional ceremonies, traditions, and activities.

Traditional Korean wedding rites and rituals have come back into vogue in recent years. More and more couples are interested in incorporating some of these time-honored customs into their weddings.

If you’re curious about what happens at a Korean wedding, read on for a detailed look at some of the most popular traditions and rituals.

These are some of the most famous Korean wedding traditions.

This list focused on the most popular, but there are many other traditions that families practice that did not make this list.

Korean weddings are lavish and involve many ceremonies, traditions, and activities. The typical wedding lasts three days and has the following events:

The first day is called the kaebeol. On this day, the groom’s family brings gifts to the bride’s family. The gifts are usually food and household items.

The second day is the kwanjang. On this day, the bride and groom exchange ceremonial gifts. They also take part in a traditional Korean tea ceremony.

The third day is the actual wedding day. The ceremony is usually held in a church, followed by a reception.

Many traditional Korean ceremonies and rituals occur during the kaebeol, kwanjang, and reception. These include the bousa (wedding vows), pyebaek (gift exchange), and the hwan-gap (wedding feast).

The bousa is an essential part of the wedding when the bride and groom exchange their wedding vows. They also exchange rings and share a cup of wine.

During this time, you will see many different family members bowing to the groom, bridge, and each other. Bowing is an essential part of any traditional Korean wedding. A bow demonstrates respect and social status.

The pyebaek is a tradition in which the groom’s family gives the bride’s family a dowry. The dowry usually consists of food, clothes, and other household items.

3. The Bride and Groom’s Attire

The groom usually wears a suit or tuxedo. He may also wear a traditional Korean dress called a jeogori.

Both the bride and groom wear unique headdresses called hwalyungs. The hwalyung comprises two parts: the kwan and the tongdeng.

The kwan is a circular piece of cloth placed on the head. The tongdeng is a long, cylindrical object placed on top of the kwan, representing the groom’s status and wealth.

The bride and groom also wear special shoes called kosode. These are usually made of silk and have thick soles to protect the feet from firecrackers.

Another vital part of the bride’s attire is the kotdeng. The kotdeng is a long, white scarf worn around the neck. It represents purity and chastity.

The bride usually styles her hair in a bun called a kokugwan, and the family decorates the kokugwan with flowers, beads, and other ornamental hairpins.

The bride and groom also wear unique makeup on their wedding day. The bride usually wears red lipstick and eyeshadow. She may also wear false eyelashes and blush.

The groom usually wears black eyeliner and eyeshadow. He may also wear foundation to even out his skin tone.

Finally, the bride and groom wear hanboks on their wedding day. The hanboks are usually red or pink. The families decorate the hanboks with intricate designs.

The bride may also embroider her hanbok with the names of her ancestors, and the groom’s hanbok usually has the family crest on the chest.

The two most common colors at a Korean wedding are blue and red. Blue represents purity and innocence, while red symbolizes good luck and fortune.

The families often use these colors in the bride and groom’s outfits and the decorations at the wedding.

The bride traditionally wears red and the groom wears blue. In addition to the bride and groom, their mother will wear light blue, purple, or pink to indicate their relationship to the wedding party.

Guests should not wear any of these colors. It is considered disrespectful.

The food served at a traditional Korean wedding is essential. There are usually many different dishes, each with a special meaning.

Some of the most common dishes served at a Korean wedding include kimchi (pickled cabbage), japchae (stir-fried noodles), bulgogi (marinated beef), and galbi (marinated short ribs). You usually serve these dishes with rice and soup.

Finally, the wedding cake is a special rice cake called a kondae. You decorate the kondae with fruits and nuts, symbolizing hope for a sweet and happy life.

6. Celebration With Family and Friends at a Reception

After the ceremony, the newlyweds usually celebrate with family and friends at a reception. The families generally hold the reception at a hotel or banquet hall.

During the reception, the bride and groom usually sit at a particular table called a dais. The families decorate the dais with flowers, ribbons, and other ornamental items.

The bride and groom usually wear their hanboks during the reception. They may also change into more modern clothes later in the evening.

The guests usually congratulate the newlyweds during the reception and give them gifts. The most common gifts are money and household items.

The reception usually ends with an exceptional performance by the bride and groom. They may sing a song or dance together. A champagne toast generally follows the performance.

After the reception, the newlyweds usually go on a honeymoon. They may go to a nearby city or travel to another country.

The honeymoon usually lasts for about a week. During this time, the newlyweds typically spend time together and get to know each other better.

After the honeymoon, the newlyweds usually return home and begin their new life together.

Gifts for the Wedding Party

It is customary for the guests to give gifts to the wedding party. The most common gifts are money and household items.

The most common gift is cash in a small envelope. The amount of money you give should reflect how close you are to the bride and groom.

In addition to the gifts given at the wedding, the bridge receives betrothal gifts before the wedding. These gifts are usually provided by the groom’s family or close friends.

The betrothal gifts may include a dowry, clothing, jewelry, and household items. The dowry is usually a sum of money or property the bride’s family gives the groom.

The clothing, jewelry, and household items are usually given to the bride by her family. These items help the bride start her new life.

The amount of the sinmyeong is usually based on the groom’s family’s financial status.

One of the most unique gift traditions in Korean weddings is the jeonan-rye. The groom gives the bride’s mother a wild goose during the ceremony! Historically, this was a live goose, but now most Koreans give a wooden goose.

Since geese mate for life, this gift symbolizes the groom’s commitment to his bride.

As you can see, gift giving is essential to any traditional Korean wedding. The gifts are symbolic and are given to the entire family, not just the bride and groom. 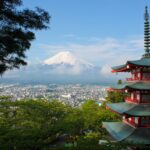