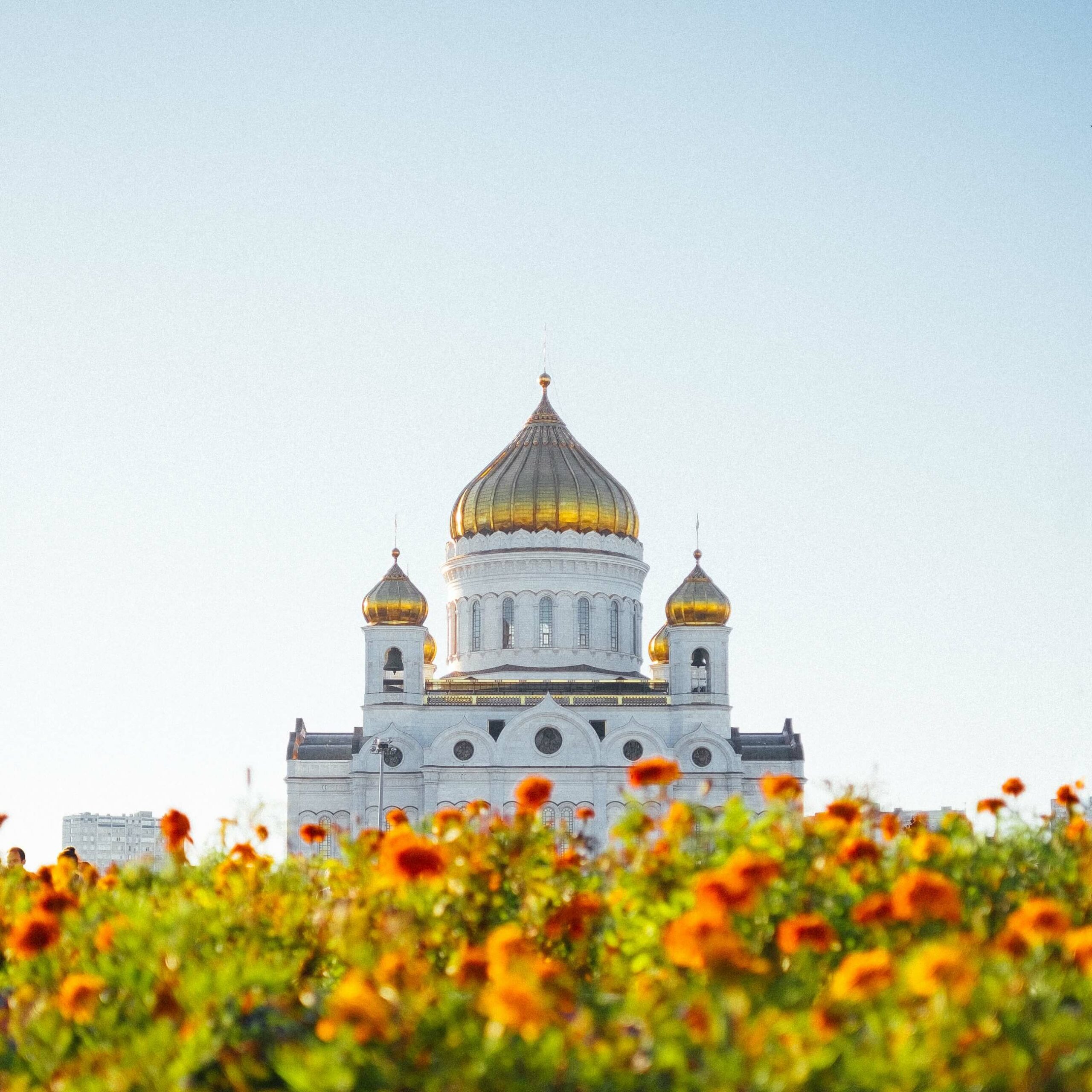 Russian wedding traditions and rituals are as fascinating as they are quirky.

Whether you’re looking to plan your own or want to know more about what’s involved in a Russian wedding, we’re here to help.

Here are some interesting and unique traditions you’ll find at a Russian wedding.

This betrothal ceremony is the first step in a Russian wedding and marks the formal beginning of the couple’s engagement. This ceremony takes place in a church and gets led by a priest or spiritual leader who will perform the marriage ceremony later.

The betrothal ceremony involves prayer and ring exchange, representing each person’s promise to stay true to one another for life.

Traditionally, this part of the wedding took place before the engagement announcement, but now it’s more common for it to happen right before the wedding.

2. Crowning the Bride and Groom

Another fascinating Russian wedding tradition is when the bride and groom get crowned. This practice is considered more sacred than the act of exchanging rings in Russia. This tradition is more commonly known as the “Crowning.”

The priest leads the newlyweds to the altar, where they stand on a fresh, rose-colored cloth to mark the beginning of their union. Both the bride and groom declare in front of witnesses that they are free to marry whomever they want and have made no prior promises to anyone else.

The priest will then place crowns on the bride and groom’s heads after exchanging ektenias and saying several longer prayers. Members of the wedding party then traditionally hold these above the couple’s heads during the ceremony. Then, the bride and groom will share a “common cup” of wine while listening to readings from the Epistle and Gospel.

Breaking crystal glass is also a Russian wedding tradition. This ritual symbolizes the couple’s hope for a long and happy marriage. Each party’s parent gives the couple a crystal, which they then attempt to break as many times as possible.

They would then smash them as a sign of their new life together. The number of shards is supposed to equal the number of years they would be together.

4. Voting on the Gender of First-Born Child

Guests at a wedding traditionally cast votes on whether they think the couple will have a boy or girl for their first child. People will be placing their wagers in one of two colored bags.

Votes cast by boys are placed in the blue bag, while those cast by girls get placed in the pink bag. The newlyweds will receive the money in the end.

Russians love to play games during weddings, and this tradition is quirky and fun for the members. During the reception, the bride’s family will “kidnap the bride.”

According to the tradition known as vykup nevesty, once the groom arrives at the bride’s house, he is expected to pay a ransom in exchange for the bride. The bridegroom will try to win back the bride by presenting her family with presents and jewelry. However, for entertainment, the bride’s parents will surprise him with a different woman or even a man.

To win back his bride, the groom will have to keep offering. The bride will return to the groom as soon as her family is content, at which point the wedding celebration will proceed as planned.

6. Cleaning the Money From the Floor

During the wedding reception, guests will drop real or fake money to the ground. Russian wedding traditions require that the bride picks up the money. The newlyweds get to keep the money at the end of the night.

Many guests at a wedding will exclaim or shout “Gorko!” at various points during the celebration. Gorko is the Russian word for the English word “bitter.”

After drinking the wine, the guests at the wedding will frequently exclaim, “Gorko!” afterward. They are essentially claiming that the wine has a “bitter” flavor. That signals the bride and groom to continue kissing for as long as possible while the wine is sweetened.

The newlyweds will also get timed by their guests to see how long they can maintain a passionate kiss.

Another Russian wedding tradition involves a dish or kitchen towel. Grooms can expect to demonstrate a commitment to their wives by tying a knot in a dish towel. The ease with which he can untangle this knot will determine how effectively he handles future conflicts within the family.

After the ceremony, the family’s matriarch traditionally brings the newlyweds a gift of bread and salt wrapped in an embroidered cloth. The newlyweds will get blessed with good health and happiness because of this.

At the end of the wedding ceremony, the bride and groom traditionally share a meal by breaking bread, dipping it in salt, and eating it.

Making karavay bread for a wedding is an ancient tradition in Russia, and no matter how the wedding gets carried out, it will always be known as the main symbol of the union. Karavay gets traditionally prepared for weddings by married women and childbearing women. It’s a bad omen for the newlyweds’ marriage if someone else bakes the bread.

Because of the significance of karavay as a ritual bread, its traditional preparation involves multiple ceremonies and can span several days. For instance, the flour for the ceremony gets ground using traditional tools and a millstone.

Because of the significance of this ritual, only married women with children and strong family ties were allowed to make the dough. The ritual included the joyful duty of singing songs and prayers.

Karavay represents joy, success, and plenty. In that case, the more lavish it was, the greater joy and wealth it brought the newlyweds. As large as a wedding table at times.

After the bride and groom took their first bite of the karavay, they would cut it in half and serve it to their guests as a symbol of their willingness to share in their guests’ joy. Unmarried women at the time of karavay were often gifted ornaments to wear as a symbol of good fortune in their search for a lifelong partner and a happy family.

Superstitious games are played during the reception to predict the newlyweds’ future together. The person who takes a greater bite of the salted bread will be the one to “wear the pants” in the relationship, and the distribution of housework duties will get determined by the winner of a symbolic coin toss.

Other silly games are often played at the wedding reception. Popular wedding games include blindfolding the bride and having random male guests kiss her hand in addition to her new husband. The wife must then identify her husband’s kiss.

Then, there is also a frying pan game which involves the groom having a ladle tied around his waist and the bride having a frying pan placed between her legs. The object of the game, best performed under the influence of alcohol, involves a man hitting a frying pan with a ladle as many times as possible.

Brooms, pots, ladles, and car keys are just some of the items that traditionally end up in a large sack for the newlyweds to rummage through during the Russian wedding ritual. Afterward, the couple takes turns picking items out of the sack without looking inside.

The newlyweds will divide up their chores based on whatever item they choose. For example, if a pot gets picked by the groom, he is expected to do the cooking.

Guests of the newlyweds at a Russian wedding are treated to a short “road trip” to celebrate the event. After the legal paperwork is complete, the newlyweds will follow a well-trodden path to various landmarks, where they will take photos and perform other customary acts.

Pictures at Senate Square, Peter Vassilevsky Island, and the Peter and Paul Cathedral could be on the itinerary for a trip to St. Petersburg. The length of these journeys often necessitates holding the wedding and reception on consecutive days.

The Russian wedding is a very colorful and joyful event. The bride, groom, and their families spend many hours preparing for the big day, so everyone dresses in their best clothes.

They wear traditional dresses with long trains and tall headdresses decorated with flowers and ribbons. The bridesmaids are usually dressed in blue or white colors and carry flowers in their hands. 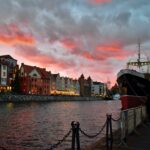 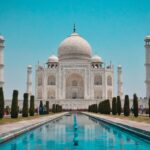 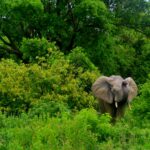