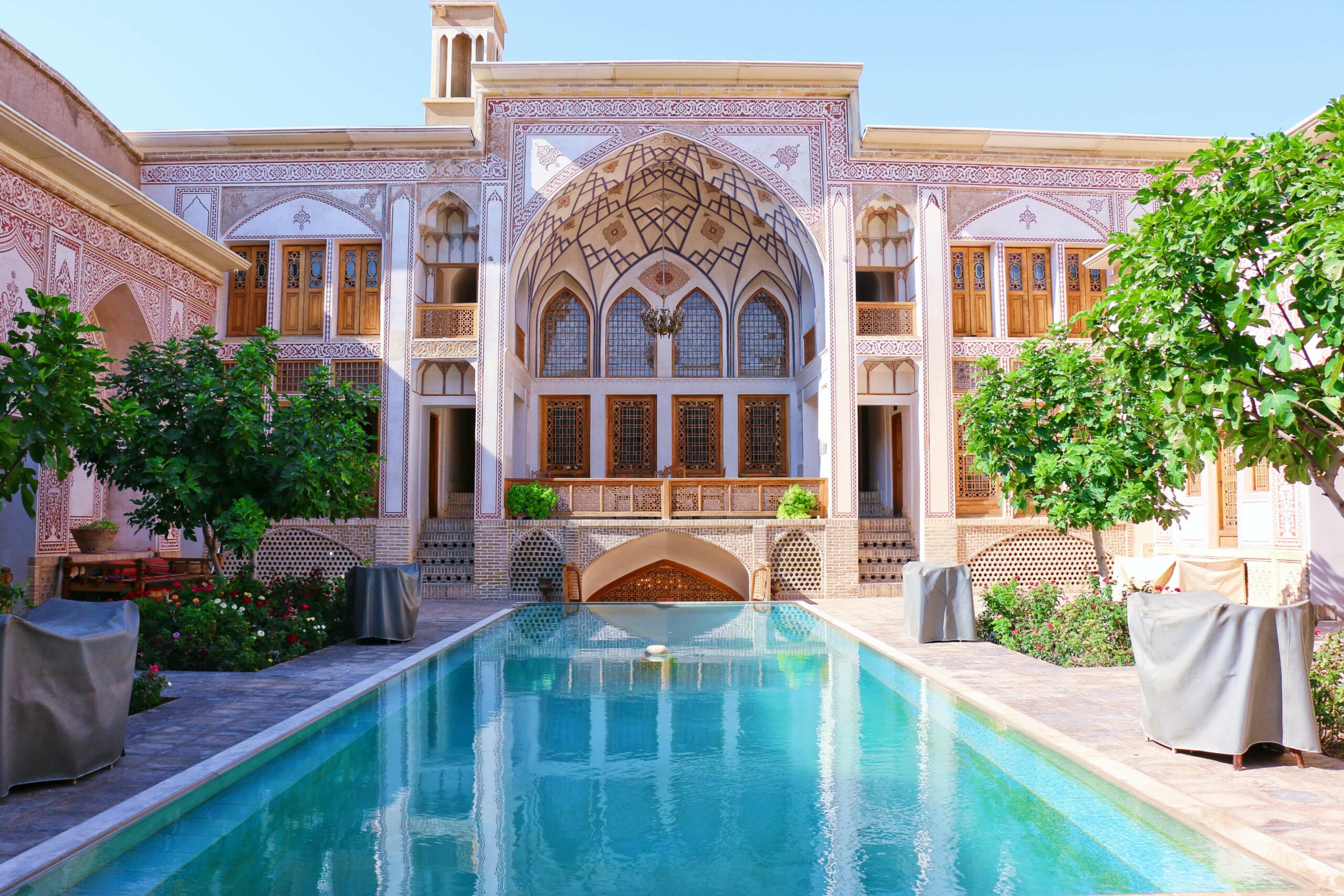 As a first-time guest at a Persian wedding, you may have questions about the ceremony.

Learning about the Persian wedding traditions is a thoughtful gesture that shows respect for the bride and groom and helps you enjoy every part of the wedding, from the ceremony to the reception.

The following are some of the customs during a traditional Persian wedding:

Persian wedding traditions included a courtship known as Khastegāri, which would kick things off. The modern interpretation of Khastegāri is to announce to one another’s families that one has decided to get married, signifying a consolidation of the couple’s earlier decision to get married. If the newly engaged couple decides to get married, the next step is to make their engagement public with a Baleh Borān.

They will ask the couple to sign a marriage contract by the officiant during this portion of the ceremony. The officiant usually starts by asking the groom, who will then respond with a balé, which means yes.

The next step in the ceremony is for the officiant to ask the bride for her permission, and it’s customary for this to be a lighthearted moment. The bride should remain silent and delay responding to heighten her fiancé’s suspense. Kelling refers to the le-le-le-le-le sound made by wedding guests when the bride gives her consent to marry the groom.

For Persian Jewish couples the ketubah works as a legally binding contract before the big day. During the signing of the ketubah, the couple, a rabbi or cantor, and witnesses are present.

The contract has all the rights and protections of the bride in the event of a divorce. It also states the groom’s obligations Only the bride, groom, officiant, and two witnesses are required to sign a Jewish ketubah. In Persian culture, the back of the contract is a way to recognize and thank extended family members.

According to cultural norms, the groom has material and domestic duties that he must fulfill for his bride. Moreover, it details the legal procedures in the event of a divorce or a tragic death. In ceremonies today, the bride and groom, in the same way, make their vows and choose the gifts they will exchange.

The Sofreyé Aghd sets a Persian wedding apart from any other in the world, and it is arguably the most significant part of the ceremony.

The Persian word for tablecloth is sofré. To prevent the tablecloth from sliding around on the floor, it is customary to place it over a rug in an indoor wedding setting or to raise it off the ground by 6-8 inches.

Typically, the bride’s mother spends a good chunk of time in the months leading up to the wedding collecting sofré items. These items are both sentimental to the bride and groom and contain imagery and symbolism related to their upcoming marriage.

As part of the Sofreye Aghd, you can expect to see a basket full of nuts of various varieties and a variety of colors, as well as tokhmé morgh, which are eggs painted in a gold hue. The nuts can range from pistachios to walnuts to almonds to hazelnuts. Fertility is represented by eggs and nuts. You can’t eat them though.

Traditional sofreyé aghd includes a special kind of flatbread, nooné sangak, cooked in a coal oven with stones and coals. The bread represents prosperity for feasts and the couple’s life after that. You’ll have to hold your hunger for this one as well.

This is a thoughtfully arranged piece of the table. A tray on which seven spices of seven different colors are laid out to symbolize the richness and variety of life. As a group, the spices carry distinct connotations.

This is the centerpiece and symbol of the sofré. The mirror and candlesticks are wedding ceremony keepsakes that the newlyweds will display in their homes for years to come. Therefore, it’s important to pick items that reflect who they are as a couple.

It used to be common for the mirror and candlesticks to be gold-dipped or made of silver, but nowadays, many couples choose alternatives. The mirror represents infinity, while the candlesticks allude to Zoroastrianism, a religion where light and fire play central roles. The fire and light here signify the promise of a better tomorrow and the inexhaustible fervor of the heart.

During the aghd, a mirror and candlesticks are placed in front of the couple, with the mirror facing the couple and the candlesticks facing away from the audience. The groom can’t see the bride until she sits on the stool next to him and removes her veil.

9. Book That Holds Special Meaning for the Newlywed

Couples who follow a religious tradition may want to set the table with a Quran that has been opened to a verse that speaks to the value of marriage. In contrast, secular couples often showcase a book that has a special meaning to them together, such as a collection of poems by one of the great Persian poets.

Traditionally, the bride’s female relatives or female friends would hold a canopy over the bride and groom as they sat before their guests. However, in today’s weddings, the bride’s bridal party is responsible for this task.

The canopy used to be green because that was the color most associated with Zoroastrianism. But, in modern times, it has been changed to white to be less conspicuous in comparison to the rest of Western culture.

In addition, members of the couple’s immediate family who have recently tied the knot take turns grinding two sugar cones together, causing a shower of sugar granules to fall from the ceiling and onto the happy couple below.

Tossing coins around after a wedding in the Persian tradition is similar to tossing confetti or rice in the Western tradition. Historically, not everyone could afford to strew around actual coins, and in modern-day Iran, coins are both worthless as currency and hard to come by due to the country’s severe inflation. Therefore, these tokens are used as a substitute both in Iran and by the diaspora of Persians living in other countries.

There is a long and valued meaning behind the use of rose water in Persian traditional weddings. Due to its unique flavor, aroma, and cultural significance in Iran, Golab is an important addition to the Sofreh Aghd.

Someone carrying an incent called an esfand will walk in front of the bride and set it atop the sofré during the ceremony. The use of esfand to protect against the “evil eye” has been an integral part of Persian culture.

This Persian custom dates back to the time of Zoroastrianism and has been passed down through the generations ever since. The idea is to light a fire with Esfand seeds in it until they pop and then circulate the resulting smoke around one’s head and house. Smoke and the sound of popping are said to drive away negative energy.

Another Persian wedding tradition includes a knife dance, which is also known as “Ragheh Chagoo.” This dance heralds the arrival of the cake-cutting ceremony. The couple must work for the privilege of using the cake knife at the reception.

One of the women in the family would then dance with the knife. To get the knife back, the groom must pay the dancer. A woman will start the knife dance, take the money, and then hand the knife to another woman to continue the dance.

This exchange continues until one of the dancers decides they have received sufficient compensation and offers the knife from the wedding cake to the bride and groom. You better go with your pockets filled, otherwise, there won’t be cake.

The wedding ceremony is followed by the Pa Takhti ceremony. Due to shifting cultural norms, this ritual is less commonplace today. Close female relatives gather at the bride’s home to celebrate with sweets and drinks. The bride is showered with well wishes and gifts from her guests. In many ways, this event mirrors American bridal showers.

Persian wedding tradition dictates that the groom pay a visit to his new mother-in-law the morning after the wedding. The customary gift-giving visit from the groom to the bride’s mother’s home includes a hand kiss and an expression of gratitude for bringing up his future wife.

The pre-wedding ritual of Hana bandan has its roots in a tradition that goes back hundreds of years. The henna ceremony takes place the day before the wedding, typically at the bride’s house, and involves the application of henna glue to the hands and feet of the bride and groom.

This custom might be different in different neighborhoods and even in different families. It is widely held that applying henna to a newlywed couple will bring them both good fortune and a lifetime of joy. Just make sure to send wishes to the right couple. 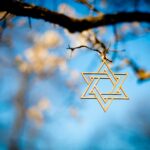 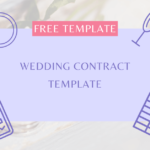 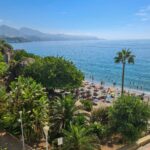