TV has made Gypsy weddings seem like the ideal of extravagance with elaborate bank-breaking dresses. Of course, unfortunately, TV shows aren’t always perfect mirrors of the real world, and it begs the question, “how do Gypsies pay for weddings?”. The Gypsy (also called Roma or Romani) ethnicity comprises more than ten million people, and the way Gypsies pay for weddings can vary drastically.

Who Are the Gypsies? Fact vs. Fiction

The popularity of shows like “My Big Fat Gypsy Wedding” mix facts with sensationalism and have given many non-Roma people a misunderstanding of Gypsy culture.

Gypsies are an ethnic minority that moved to Europe and the Middle East from northern India a millennium ago. The main difference between Gypsies and the rest of the population is that most of them still speak some form of the Romani language. Gypsies are not a homogenous culture, but they usually do define themselves by their shared identity.

So, how do Gypsies pay for weddings? Traditionally, the bride’s parents pay a ‘dowry’ or ‘bride price’ to the groom’s parents. In the past, these dowries typically covered Roma weddings. Paying bride prices has rapidly fallen out of favor since the late 1980s, and, today, family’s don’t usually expect it.

The marriage agreement is still often discussed between the fathers of the bride and groom. Since Roma men are usually the primary breadwinners, money for the wedding frequently comes from them.

In traditional Romani culture, people typically get married while they are still teenagers. Today, marriage almost always happens in early adulthood. Since couples are so young, they often have no way of paying for the wedding themselves. For comparison, in the larger US culture, 53% of couples pay for their weddings.

Contrary to what popular media may tell you, many Romani weddings are not ultra-expensive events. Instead of spending vast amounts of money, family and friends make the bride feel like a princess and her lots of attention so she can feel like a celebrity.

Despite being made to feel special, the bride and groom are often married in the family home and do not exchange rings. Without wedding rings or a high-priced venue, the Roma can spend their money on other things like the famous big dresses.

Where Do Gypsies Get the Money?

Gypsy professions vary wildly. Of course, Gypsies can have any job and make money in whichever way they choose.

If we’re talking about the traditional Gypsy family, for the most part, everyone works. Men tend to have a specialized profession, like crafting specific objects or performing certain jobs for others. Women are more likely to be salespeople who make or collect things to sell.

Children sometimes work as well, but school is their priority.

Gypsies often work in family-type businesses that frequently have to do with selling products.

Items commonly sold by Gypsies include:

For many Roma, though, door-to-door sales and craftsmanship are things of the past. Today, Gypsies work in a variety of professions. 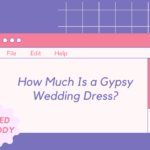 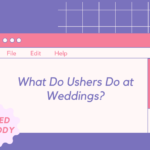 What Do Ushers Do at Weddings? 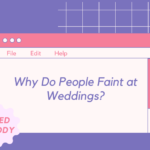 Why Do People Faint At Weddings? 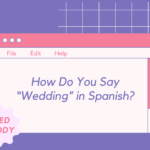 How Do You Say “Wedding” in Spanish?